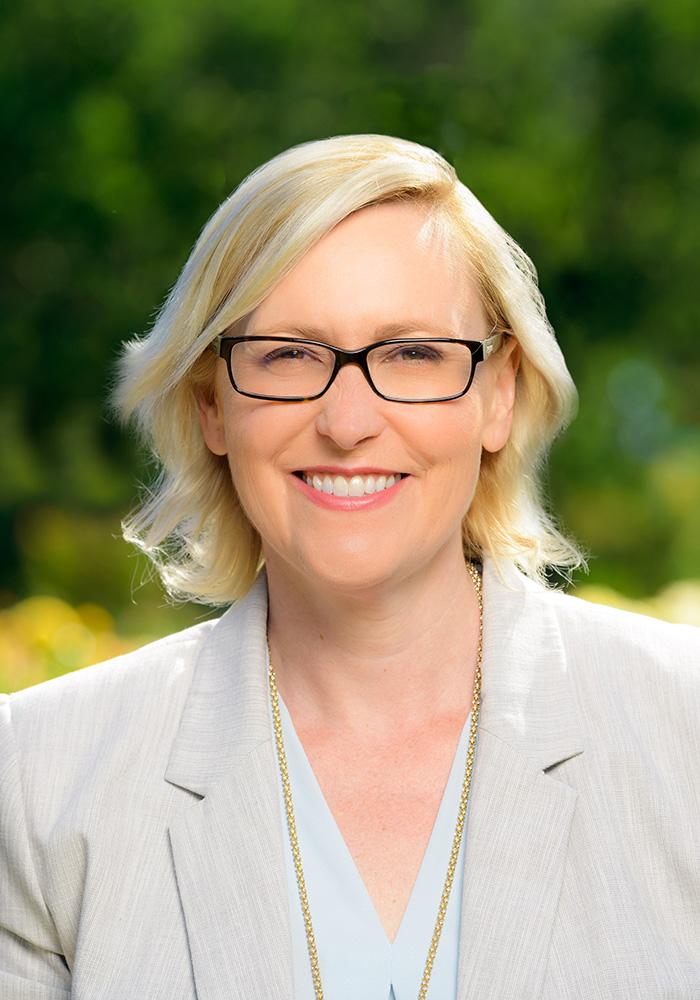 With more than 20 years of experience in the renewable energy and utility industry, Lori comes to San José from her most recent employment at the San Francisco Public Utilities Commission (SFPUC). Her career at SFPUC reflects a succession of progressively responsible positions, including Manager of Renewable Energy, Power Supply Manager and, most recently, Acting Director of Energy Infrastructure.

Lori is a licensed Mechanical Engineer in California with an educational background in environmental resources engineering. The earlier part of her career included working on all aspects of a renewable energy start-up called PowerLight, which eventually was acquired by SunPower Corporation in San José. At the SFPUC, her work included the initial energy contract negotiations for its CCE program and managing related operations, managing operating and capital budgets, and hiring and building operational teams. She earned a bachelor’s degree in Environmental Resource Engineering from Humboldt State University and is a LEED-certified professional. She has authored and presented multiple technical papers at renewable energy industry conferences and held positions at the National Renewable Energy Laboratory, the California Energy Commission and the California Air Resources Board. 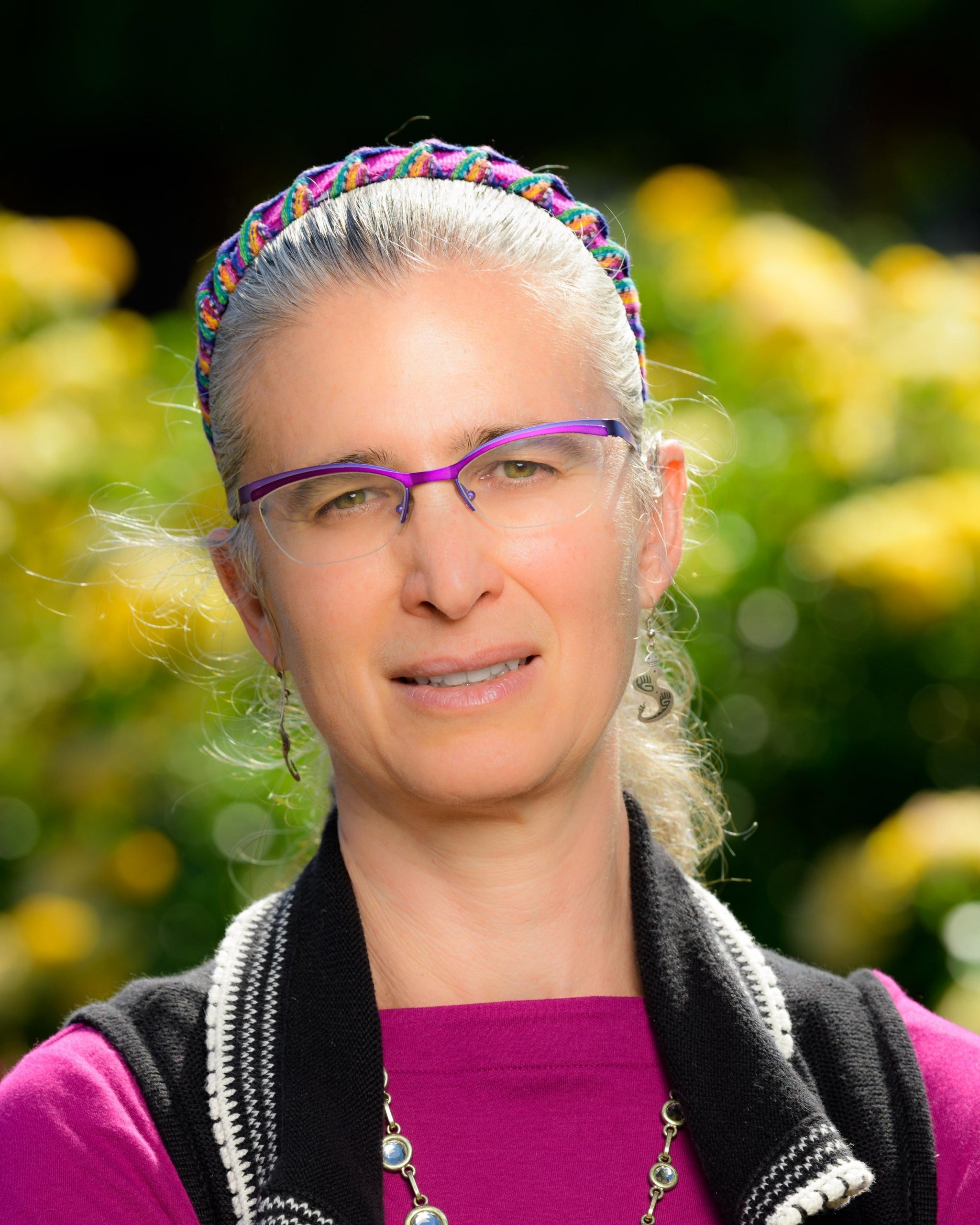 Jeanne brings over 25 years of experience in the electric industry, advising and representing electric utilities, governments, electric customers and environmental groups. She has worked both nationally and internationally, at the Federal, State and local levels, helping customers and utilities contract for electric products and services. Jeanne has worked for the City and County of San Francisco, the California Independent System Operator, Hagler Bailly Services, Inc., Grueneich Resource Advocates and the Conservation Law Foundation. 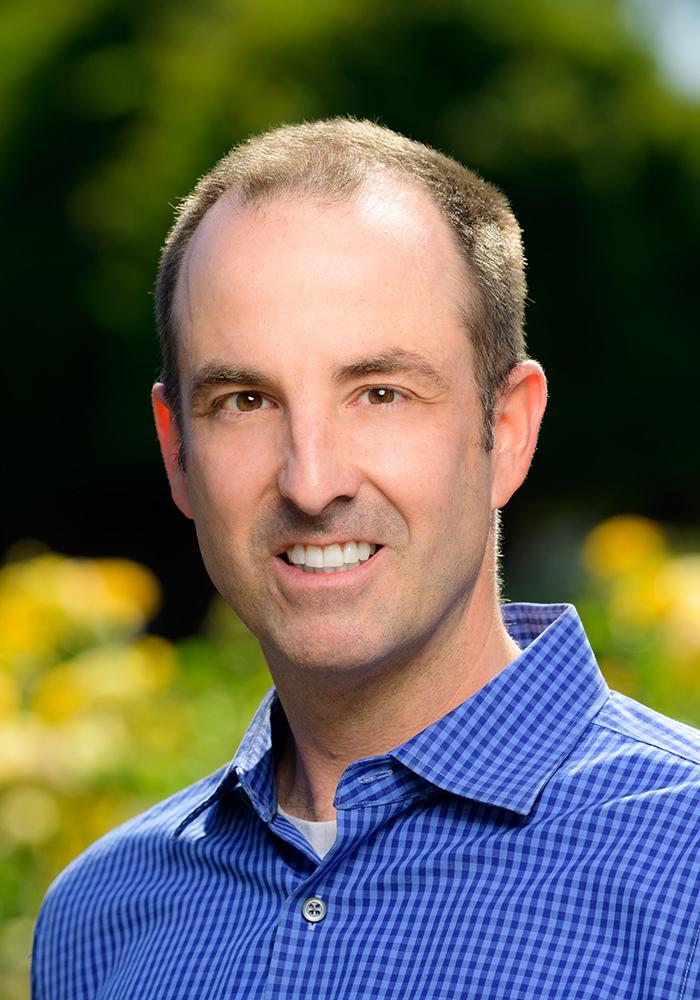 Zach leads a team responsible for customer care, community outreach and engagement, and marketing and communications. He comes to SJCE after more than 15 years at the solar energy company SunPower Corporation, where he held a variety of roles in sales and business development for both distributed generation and utility scale projects. Zach’s tenure at SunPower included almost a decade in Asia, where he launched and oversaw major growth initiatives in Korea and Japan. Zach received a BS in Chemistry from Stanford University, an MS in Environmental Science from the University of California at Berkeley, and an MBA from UCLA Anderson School of Management. 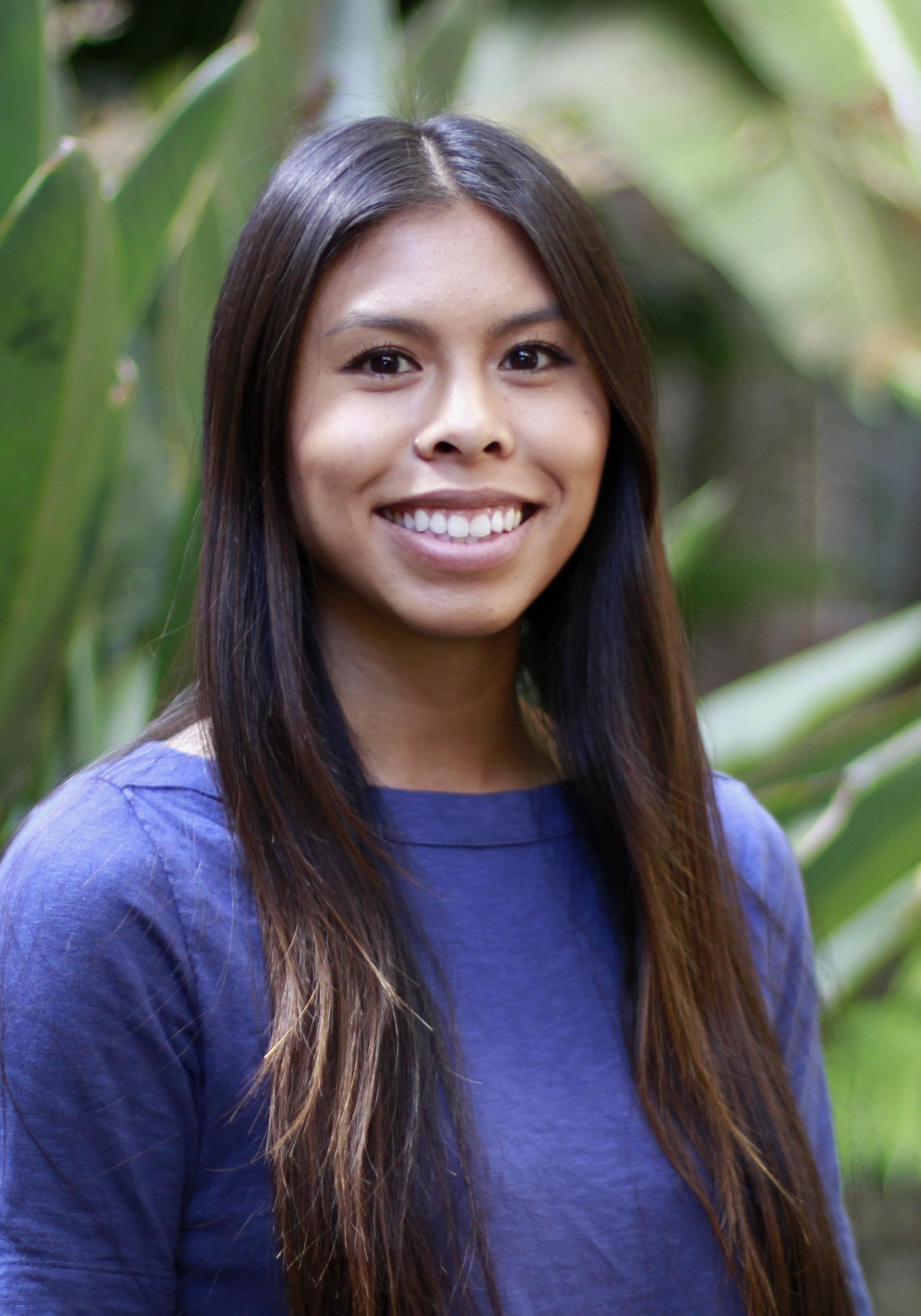 Elise is a two-time Climate Corps Fellow coming from the City of Menlo Park where she worked on zero waste initiatives and EV charge pricing projects. Elise supports the account management and marketing teams with projects related to sustainability reporting and program development. She received a Bachelor’s of Science degree in Business Administration with a minor in Sustainability from Pepperdine University. At Pepperdine, Elise was active in her community as a leader of an environmental club called Green Team and as an intern with Food Forward. She aspires to continue making an impact through social and environmental initiatives in her community. 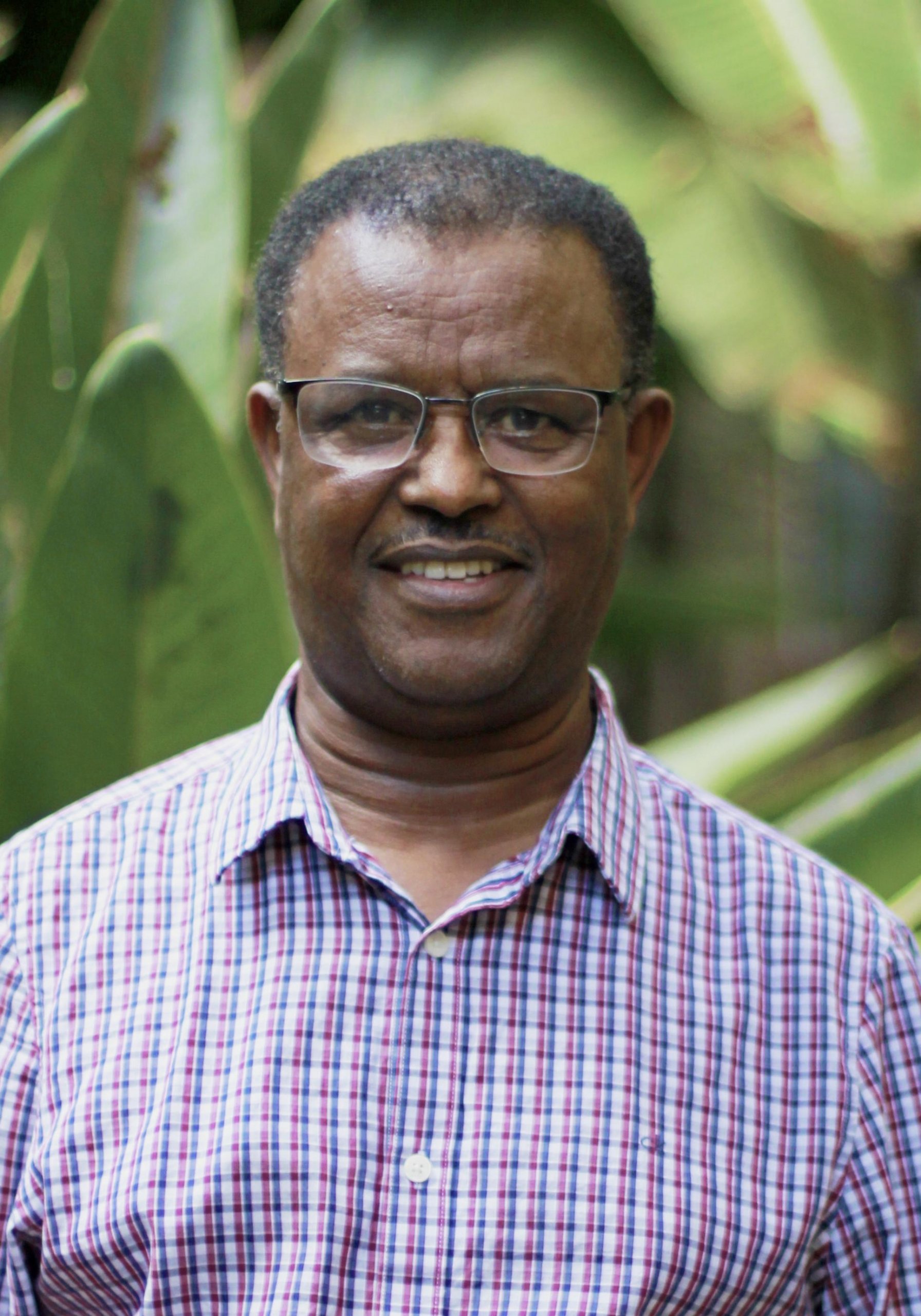 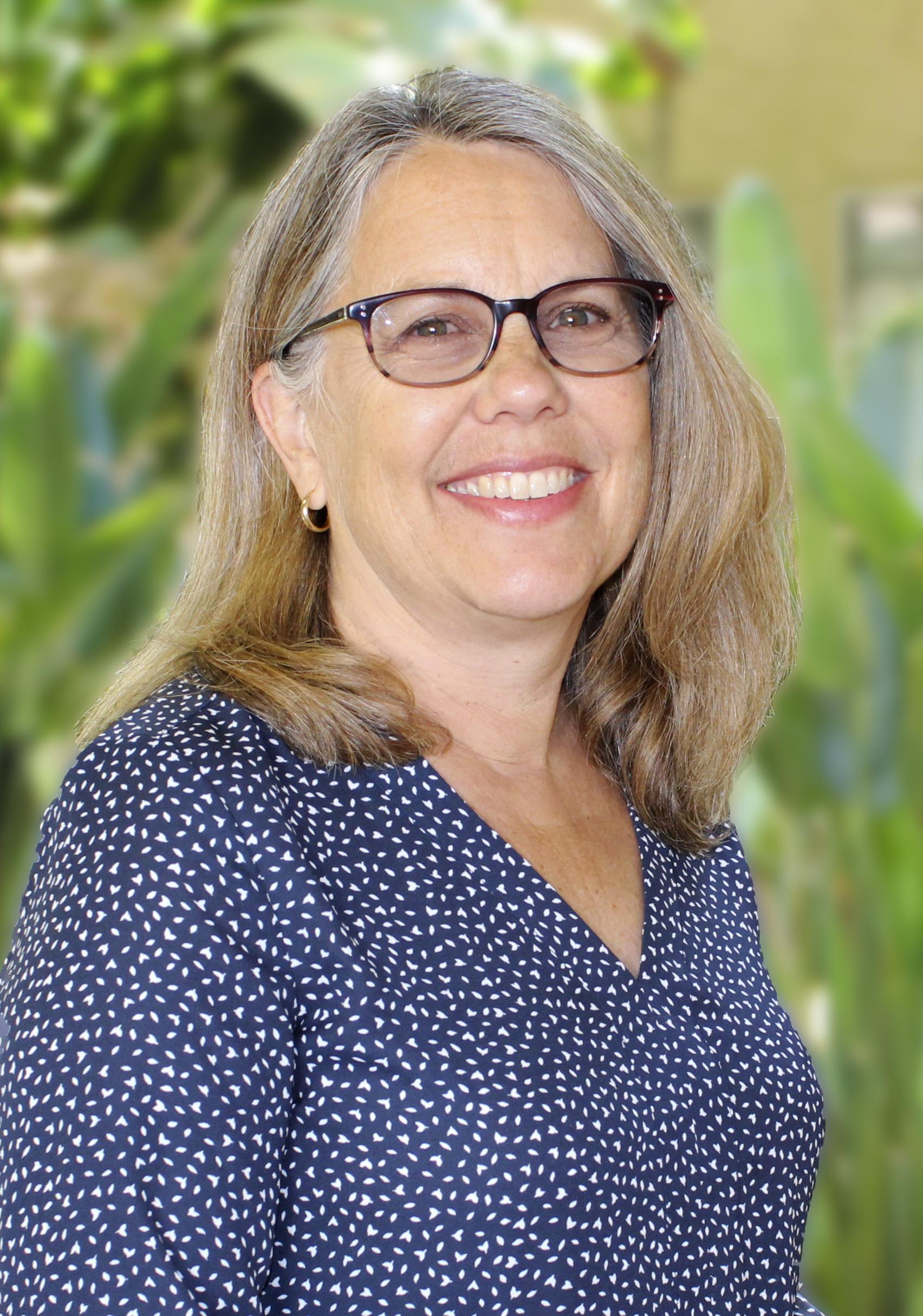 Kari is responsible for all aspects of SJCE regulatory and legislative affairs. She brings over 25 years of experience in the U.S. electric utility sector. She served as Director of Policy and Market Development for SunPower Corporation for 16 years where she advocated for solar market expansion across the U.S. and served on the board of directors of numerous renewable trade associations. In addition, she led energy advocacy on behalf of the Natural Resources Defense Council (NRDC), managed California’s first climate change study at the California Energy Commission, and led energy storage policy development at the California Public Utilities Commission. Kari has a Master’s in Public Policy from University of Colorado, Boulder and Bachelor’s degrees in Political Science and German Literature from the University of California, Santa Barbara. 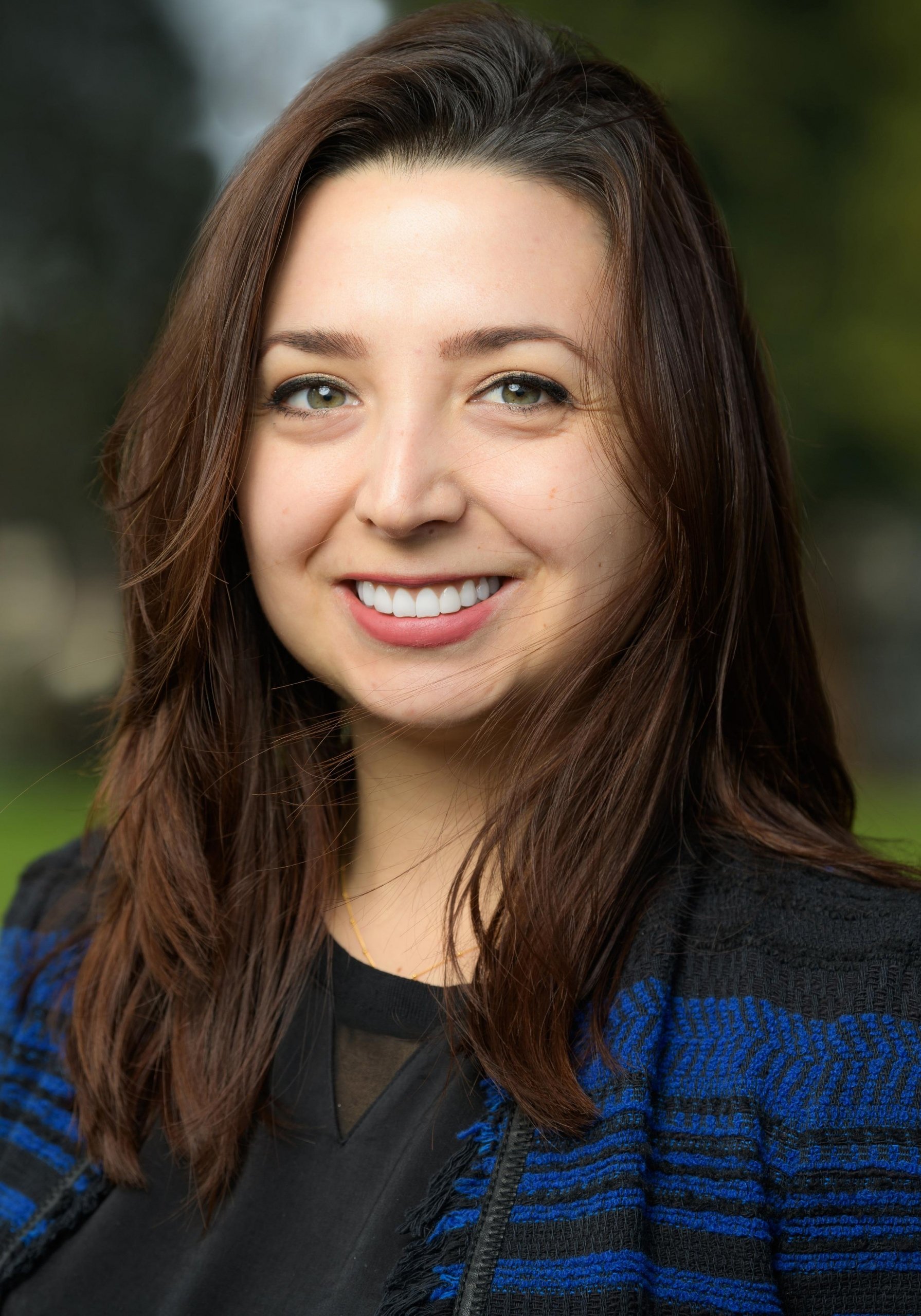 Kate is responsible for outreach planning and evaluation, community engagement, partnership development, communications, and marketing. She started with the City of San José in 2015 in the Environmental Services Department and was part of the team that created San José Clean Energy. Prior to joining the City, she worked in communications and research for the United Nations and international organizations in Geneva, Switzerland. Kate has a master’s degree in Environmental Science and Management from the Bren School at the University of California, Santa Barbara and a bachelor’s degree in Environmental Policy (cum laude and Phi Beta Kappa honors) from the University of California, San Diego. 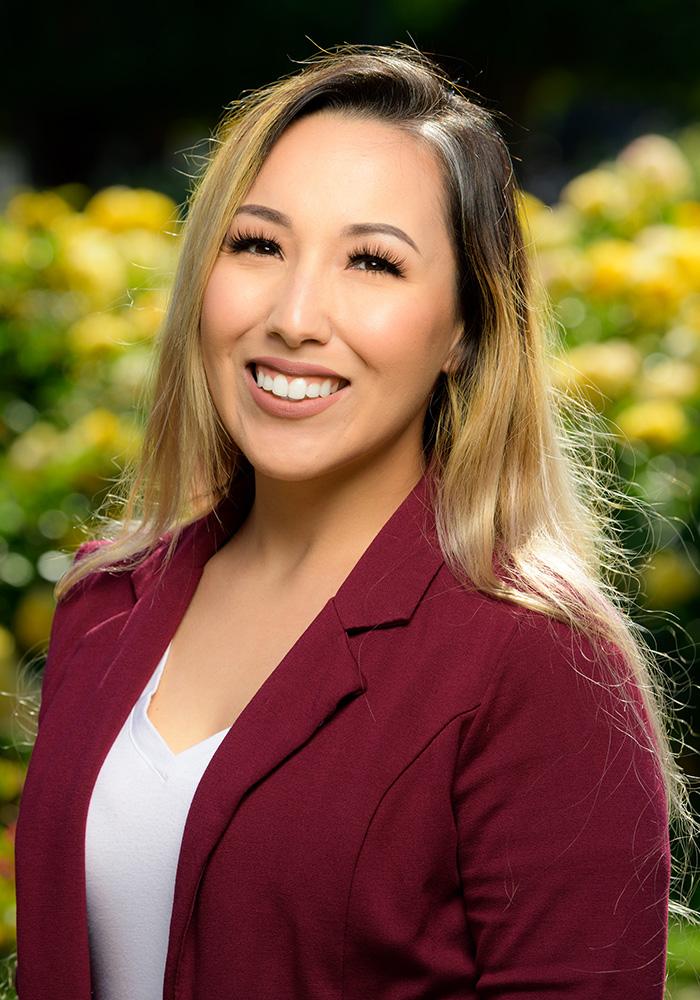 Keila provides administrative support to the leadership of SJCE and is the Commission Secretary of the Clean Energy Community Advisory Commission. Prior to joining SJCE, Keila was a Senior Office Specialist in the Administrative Division of the Environmental Services Department with the City of San José, providing support to the Deputy Director and Division Manager of the San José-Santa Clara Regional Wastewater Facility. Keila was born and raised in San José and hopes to raise a family in her city someday. 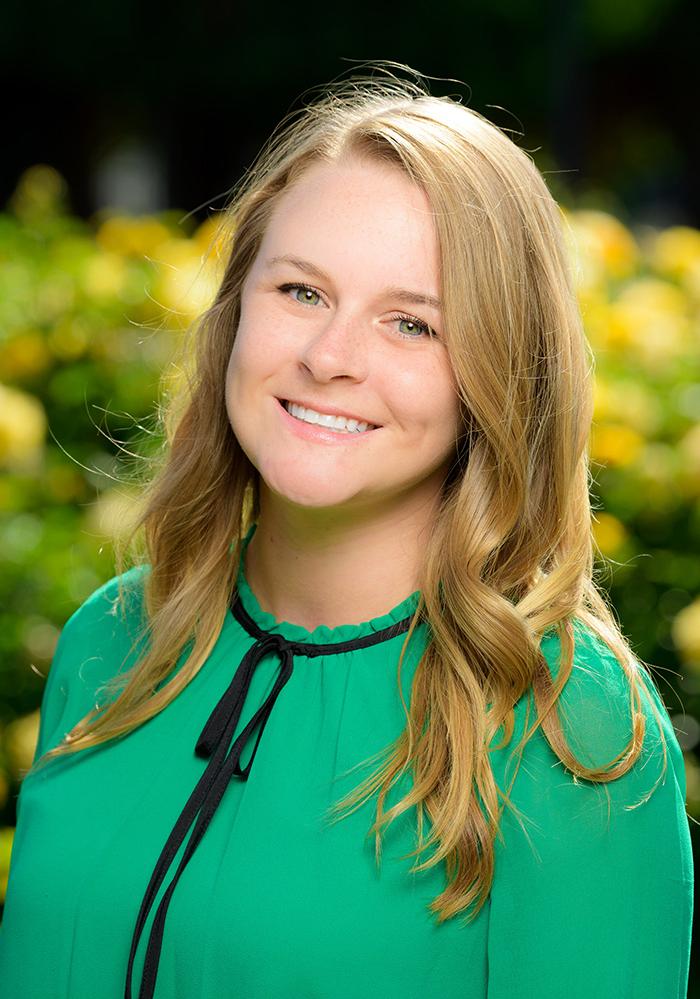 Kelly supports the power supply team with power procurement, analysis and energy programs. She joined the City of San José in 2017 in the Environmental Services Department and helped form San José Clean Energy. Kelly has experience with energy programs, energy engineering and energy regulation. She obtained a Bachelor’s Degree in Environmental Studies with a minor in Energy from San José State University. 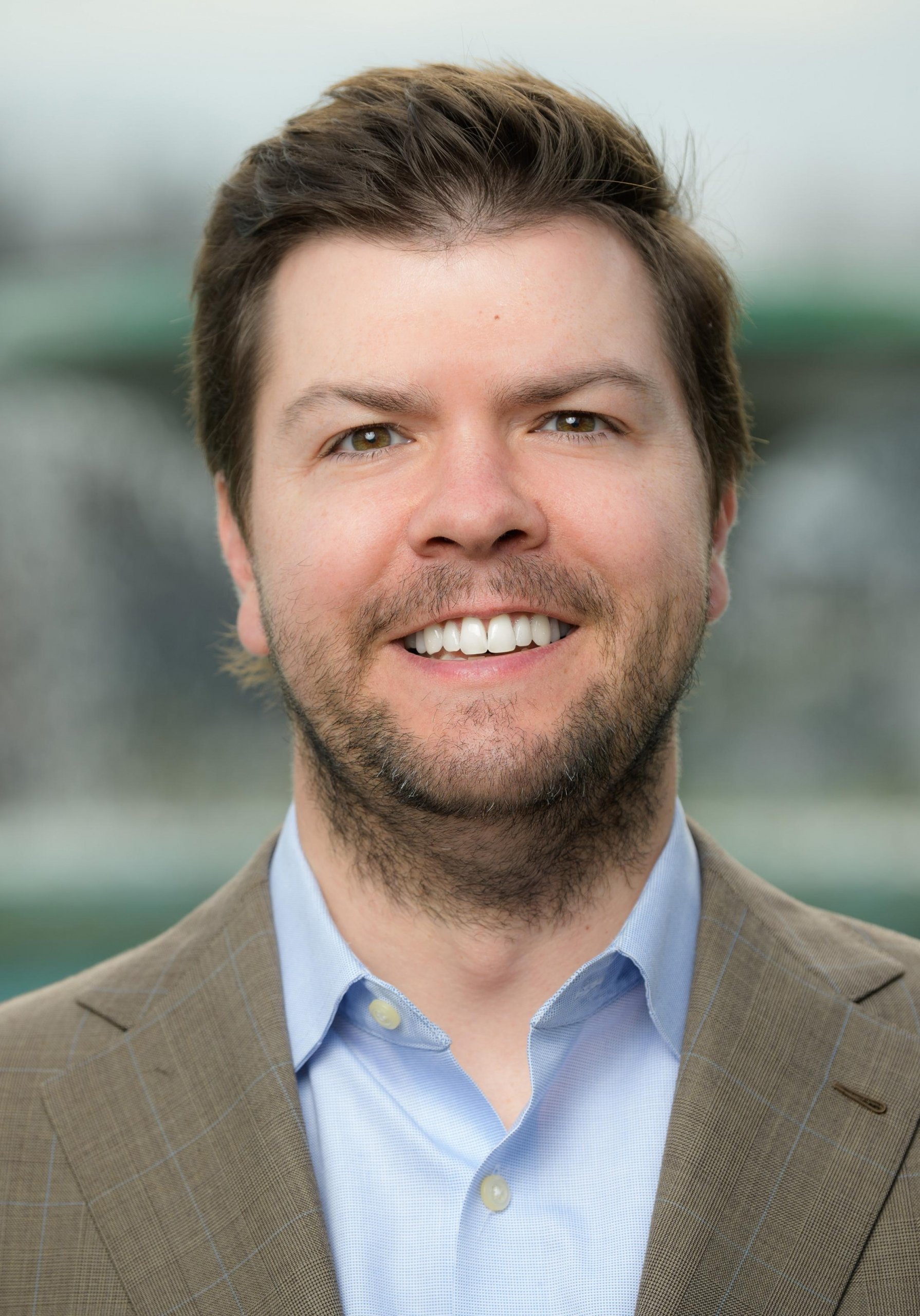 As SJCE’s programs lead, Kevin is focused on developing a roadmap for customer programs. He combines 14 years of corporate sector experience with deep expertise in environmental sustainability, energy and program management working for companies such as BlackRock, Apple, and Modine Manufacturing Company. His roles included those in program management, sales, and factory management in the consumer electronics and automotive industries. Kevin’s international experience included working for 10 years in China. Kevin holds an MA in International Environmental Policy from the Middlebury Institute of International Studies at Monterey, an MS from NYU Stern School of Business, and a BA from the University of Wisconsin-Madison. 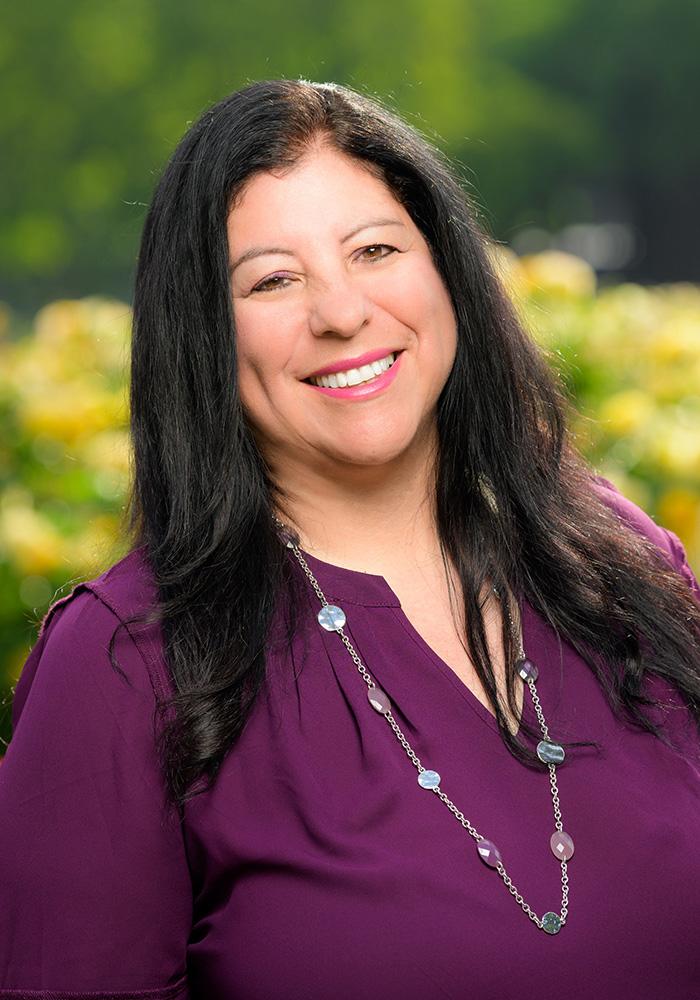 Laura serves as a resource for all facets of the community, providing outreach, information and education about SJCE. Laura has come full circle by returning to the City where she began her career in public service 20 years ago. She has worked for various governmental agencies in different capacities, including as a Public Information Officer, where she was instrumental in developing community partnerships, enhancing community engagement and implementing newly created programs. Laura received her Bachelor’s Degree in Communications from San José State University. 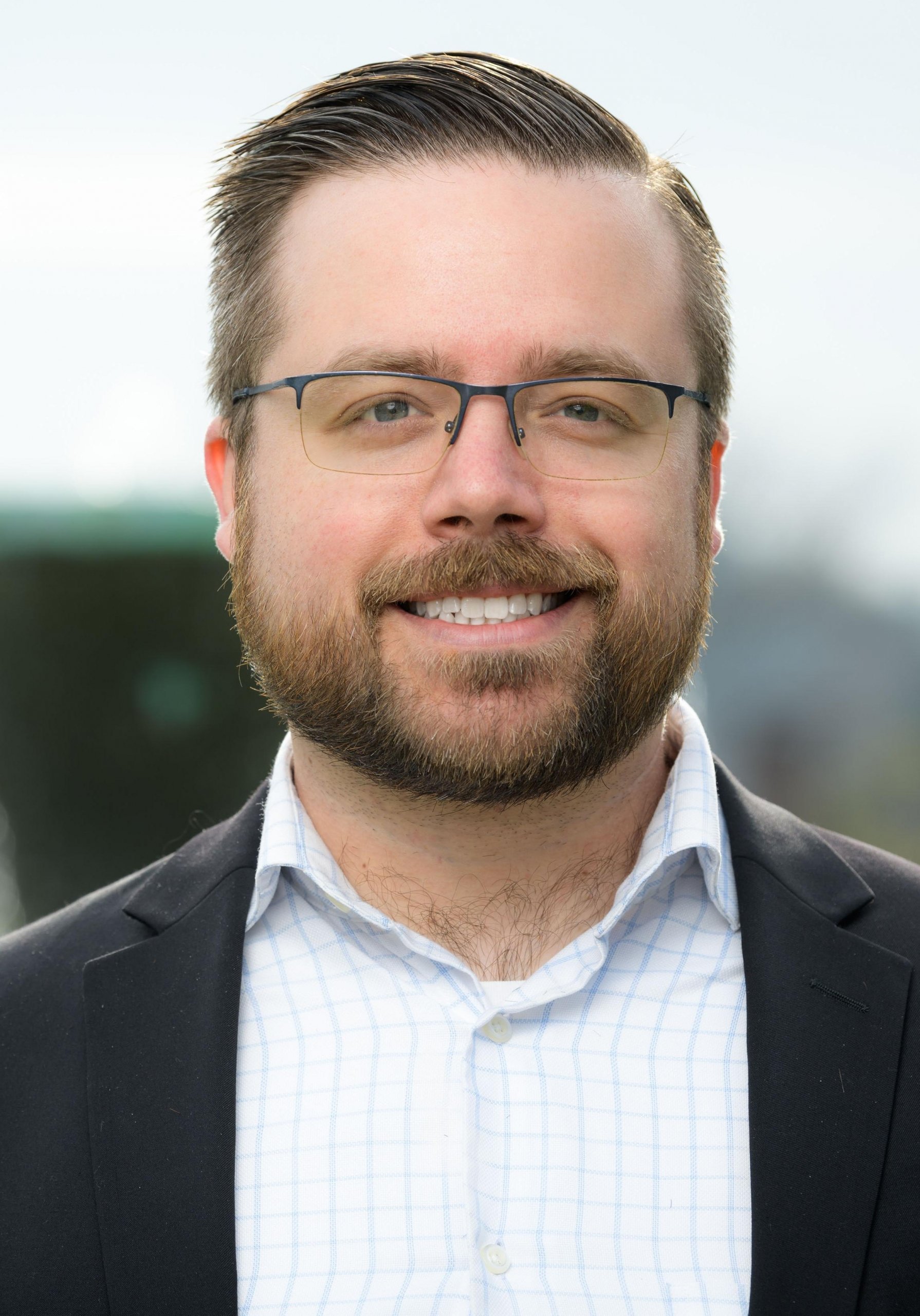 Mark is the account services manager for San José Clean Energy, primarily supporting SJCE’s large commercial and industrial customers. Mark previously worked at Monterey Bay Community Power, the Community Choice Energy program serving Santa Cruz, Monterey, and San Benito counties, where he was the Strategic Accounts Manager. Prior to entering the Community Choice world, Mark worked for several years in the solar industry. He earned his bachelor degree from the University of Pennsylvania and has been a resident of downtown San José since 2011. 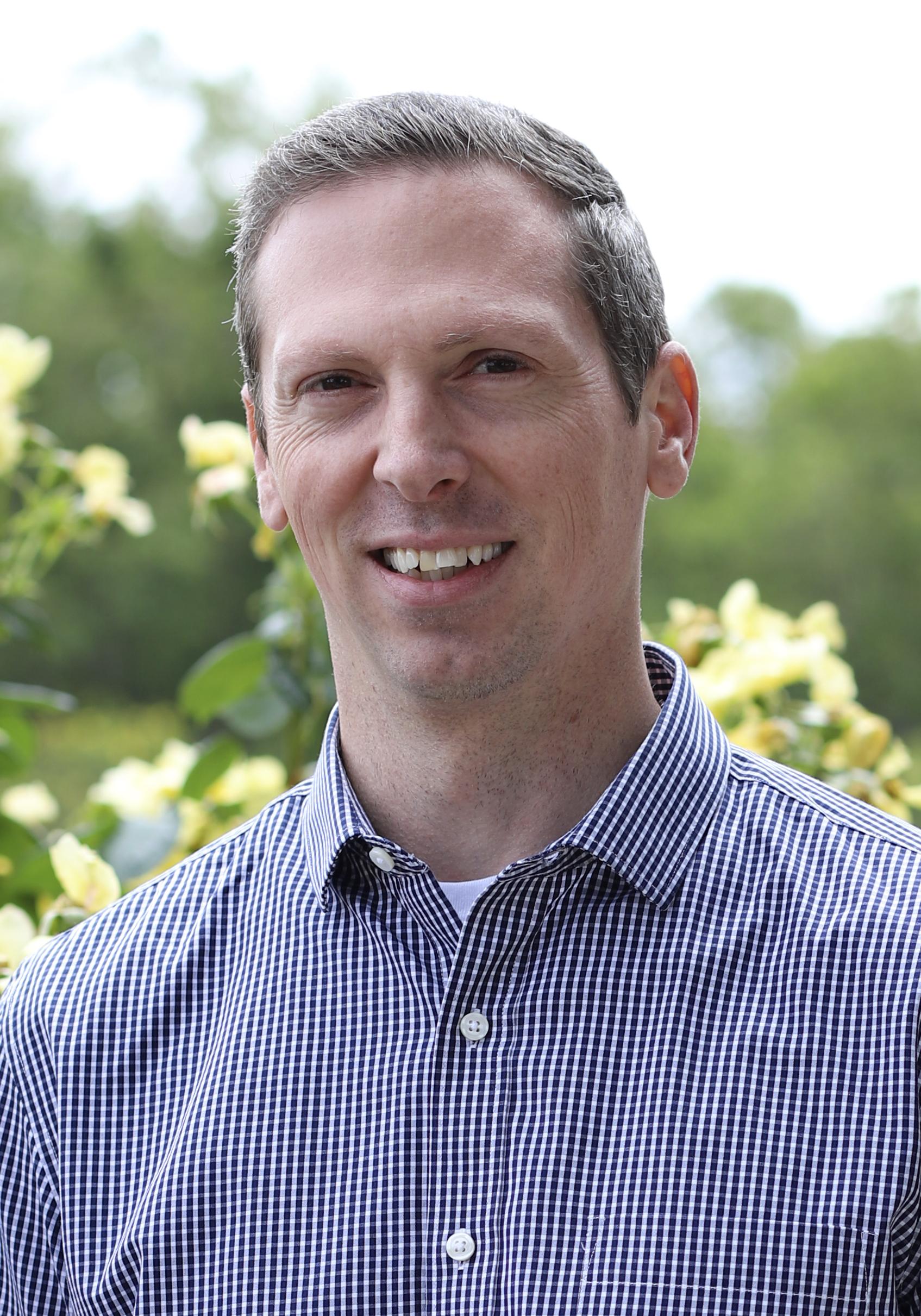 Paul joined the Power Procurement team in April 2019. Over the last 15 years Paul has operated in all North American energy markets, primarily focusing on CAISO and ERCOT. Throughout his career he has provided functional support and oversight to day-ahead and real-time operations, ISO settlements, demand response management, product development, client services and NERC/ISO compliance. Paul received his Bachelor’s Degree in Business Administration with an emphasis in Management Information Systems from San Jose State University. 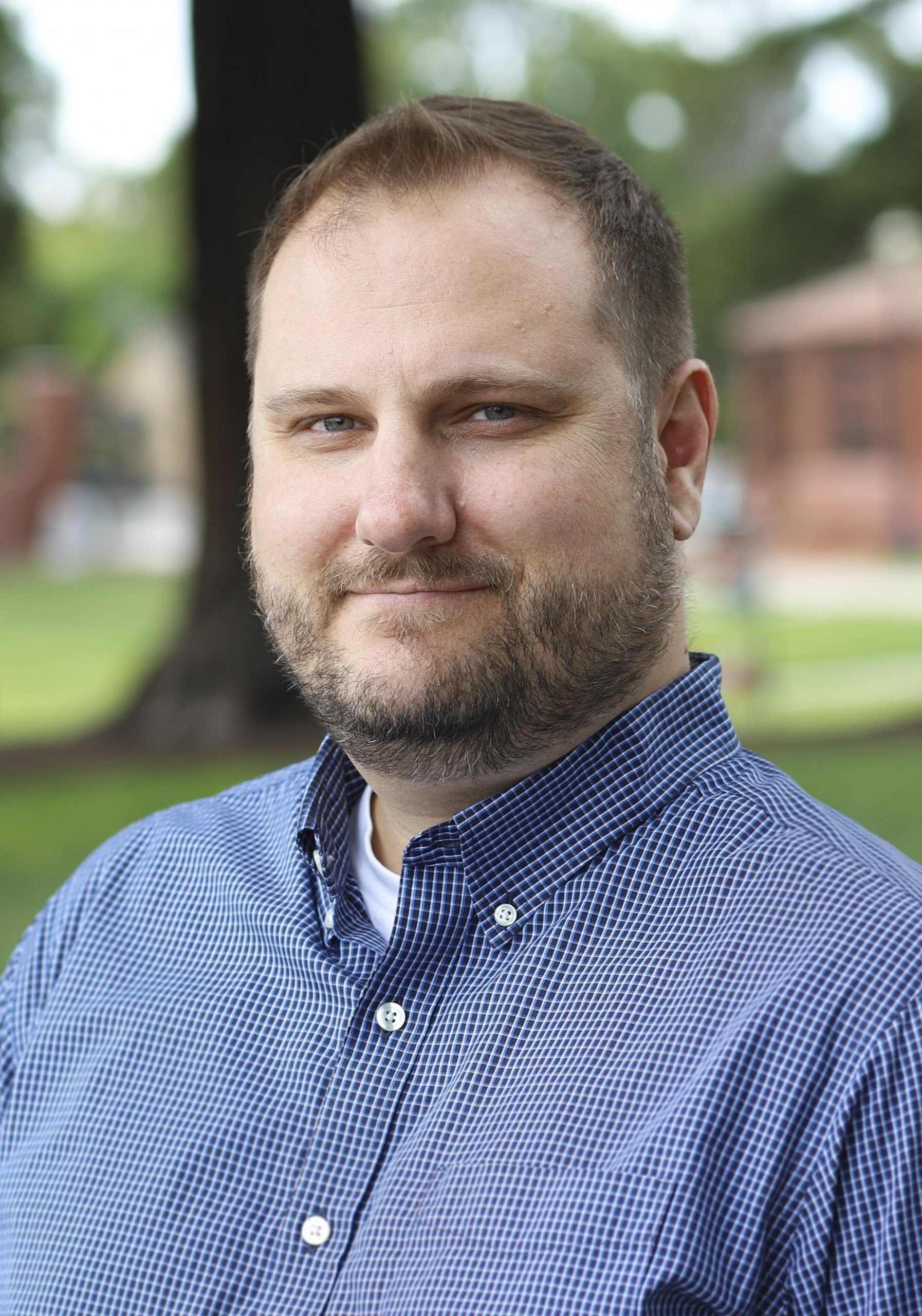 Phil is a member of the power supply team charged with procuring clean energy. Phil joined SJCE in April 2019 after three years with the City’s Environmental Services Department where he worked on sustainability programs, municipal environmental compliance, land use planning, renewable energy tracking and analysis, and capital projects for the Regional Wastewater Facility (RWF). He also acted as the project lead for the Burrowing Owl habitat near RWF. Prior to joining the City, Phil was a program manager with Guadalupe River Park Conservancy for 16 years. Phil has a BA in Biological Environmental Science from UC Berkeley with a minor in Forestry and Resource Management. A native of Willow Glen, he’s married with two daughters and enjoys playing bluegrass music in his spare time. 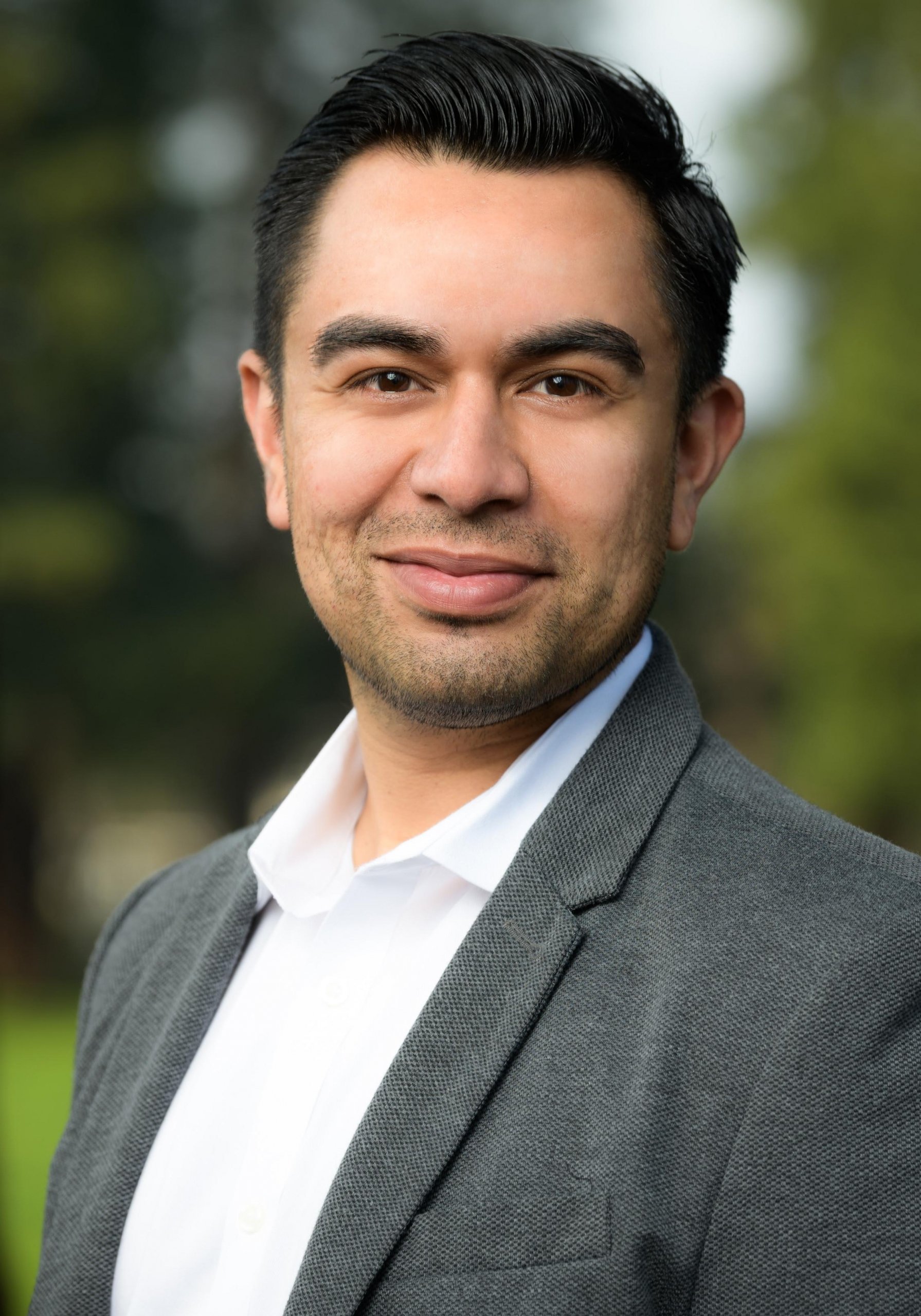 As a public information representative, Raul is responsible for implementing digital marketing and outreach plans as well as providing information about SJCE to media and community members. Prior to joining the City, Raul worked for over ten years with Grammy award winning music group Los Tigres Del Norte, creating marketing, public relations and social media strategies. Raul received his Bachelor’s degree in communications from Santa Clara University and is a proud resident of East San José. 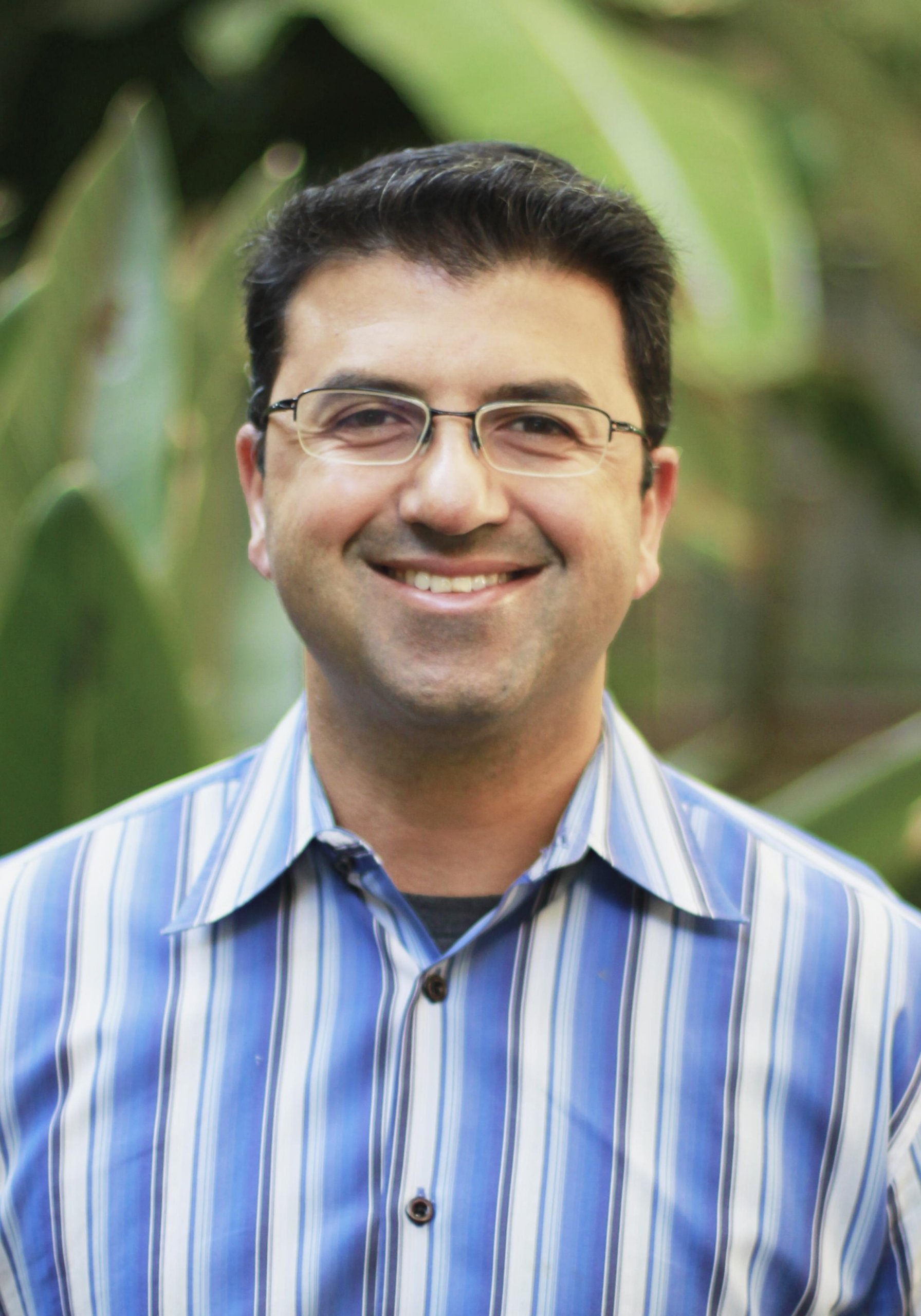 Ross is responsible for financial planning and analysis, focusing on SJCE’s pro forma and other financial modeling. He started with the City of San José’s Parks, Recreation, and Neighborhood Services department in 2017. He has also held finance, accounting, and sales operations roles in the private sector, mainly in high tech firms in the consumer electronics, digital advertising, and data storage industries. Ross has lived in the South Bay for most of his life and attended Cal Poly SLO and Santa Clara University. He enjoys going out to dinner with his family, watching sports, and playing rugby. 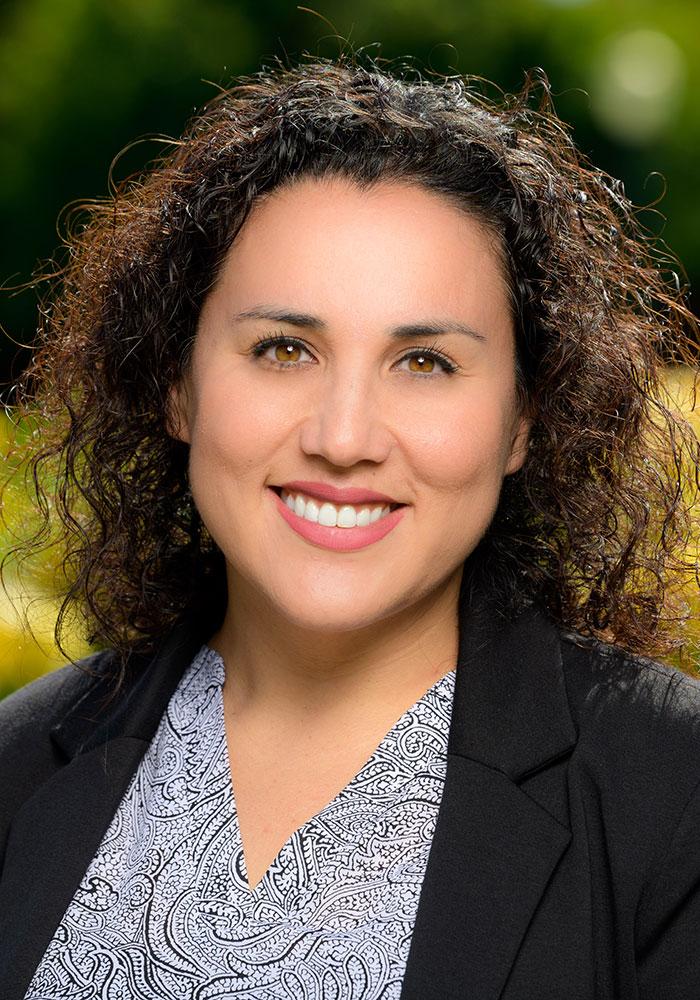 Sarah started with the City of San José in 2004 as a part-time Recreation Leader in Parks, Recreation and Neighborhood Services. In 2008, she was promoted to full-time and has had the opportunity to support various City of San José departments over the past 10 years. Sarah has a Bachelor’s Degree in Liberal Studies from San Jose State University. 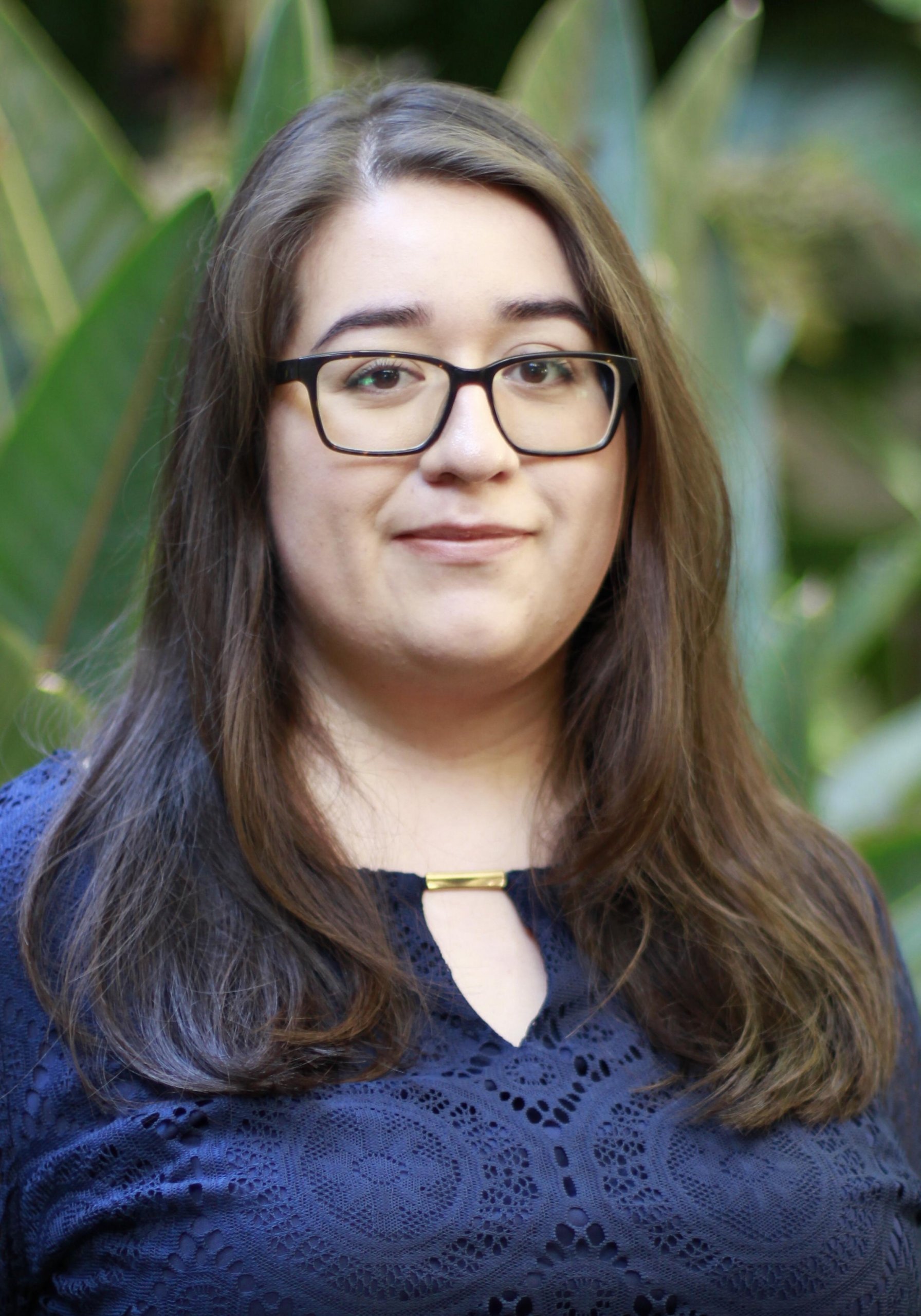 As Community & Legislative Climate Corps Fellow, Sarai’s role consists of assisting the account management, marketing, and legislative teams in various capacities including community outreach, event coordination, and written communications. Sarai is first-generation Mexican-American, fluent in Spanish, and a San José native. She became passionate about sustainability in high school, and received her bachelor’s in Environmental Studies from UC Santa Barbara. In her spare time, Sarai enjoys spending time with her family, listening to music, and rooting for the Green Bay Packers. Sarai is excited to be part of the effort to make San José a more sustainable and equitable community.