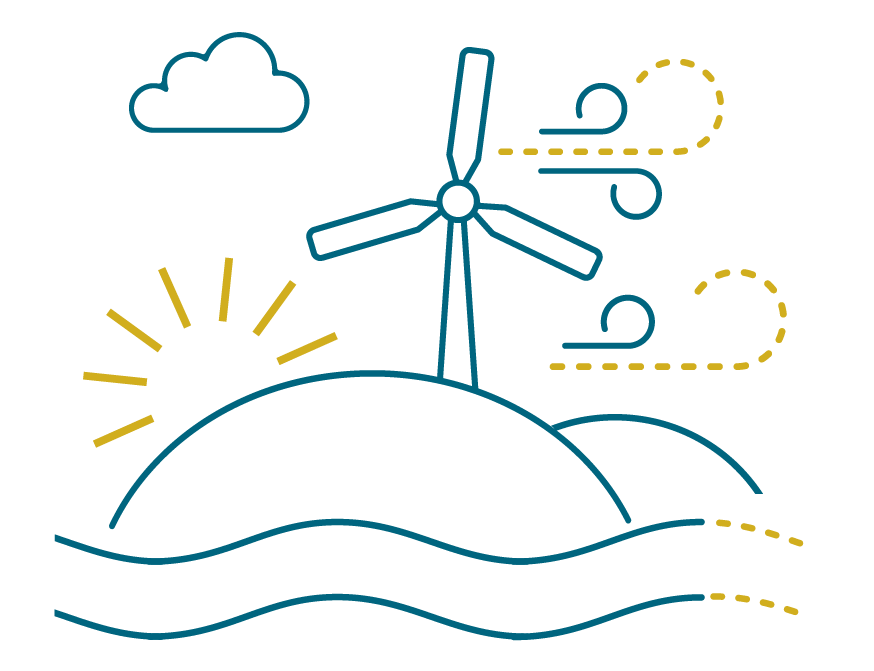 Renewable energy is energy that comes from resources that are naturally replenished such as sunlight and wind. Unlike fossil fuels, such as oil, natural gas and coal, which cannot be replaced, renewable energy regenerates naturally in a short period of time.

Nuclear power and even large hydropower are not considered renewable by California state law but do not emit greenhouse gas emissions, making them carbon-free sources of power.

Renewables are not only better for the environment, but are also becoming cheaper than traditional resources! Unlike fossil fuels, the price of renewable energy is stable in the long-term because there are no fuel costs. Coal and natural gas prices can cause surges in energy costs when fuel supplies become strained, so relying on abundant solar and wind energy helps us keep rates stable and competitive.

The benefits of renewable energy don’t stop with stable, competitive prices. It’s good for our health too! When fossil fuel energy is replaced with wind or solar, for example, the air we breathe and the water we drink gets cleaner.

When SJCE buys and builds green power, this has an added bonus of creating more clean energy jobs. Having control over our future energy supply allows the community to support projects that build a cleaner, greener economy.

SJCE is proud to support the city’s and state’s movement towards a more sustainable future for our families and future generations: